An “ace” is a military pilot credited with shooting down 5 enemy aircraft during aerial combat.    During the Korean War (1950 to 1953), there were 39 US Air Force (including one US Marine on temporary duty) aces flying F-86 Sabres for the UN.   On the Communist side, there were 52 Soviet “Volunteer” Mig-15 aces flying for the North Korean Air Force (KPAF) and between 6 to 9 Chinese Mig-15 aces.    Lieutenant Guy Pierre Bordelon Jr.  (1 February 1922 – 19 December 2002) was the only US Navy night fighter ace of the Korean War and was the last ace flying a propeller-driven aircraft of the 20th century.

Bordelon earned his wings as a US Naval Aviator in 1943 and he became an instructor at Kingville, Texas but not because he was a good pilot.    He barely gradulated from the US Navy flight school where he almost washed out.    He was training with a FM-2 Wildcat fighter squadron when the war ended.    He received a regular commission and stayed in the US Navy.    During the immediate post war period, he received a number of assignments.    In 1951, he was an assistant gunnery officer on the Baltimore-class heavy cruiser USS Helena (CA-75) off the coast of Korea providing fire support for USMC and South Korean (ROK) units.    In April 1952, Bordelon was ordered to report to US Navy Composite Squadron 3 (VC-3) the “Blue Nemesis”, an all weather fighter squadron based at Moffett Field in California and was assigned to flying the Vought F4U-5N Corsair night fighter.    For the next year, he trained and gained expertise in the field of night radar interception.

VC-3 was broken into 5-plane detachments and each detachment was assigned to individual US carriers.    Bordelon belonged to Detachment D which was assigned to the carrier USS Princeton (CVA-37) CVG-15 which began its fourth Korean War deployment on 24 January 1953 with US Navy Task Force 77.   Bordelon performed night interdiction over the rugged terrain of Korea mostly at night.    He flew 41 low level missions against Communist transportation and earned three air medals.

Throughout the Korean War, low-flying Communist aircraft named “Bed-Check Charlies” harassed UN airbases and supply dumps at night.   The first aircraft used were WWII vintage Polikarpov Po-2 bi-planes which were later replaced by other aircraft types.    During the summer of  1953, the US Fifth Air Force requested VC-3 to take on these night intruders.    Several USAF jets had been lost while trying to engage these intruders because the jets flew too fast for the slow-moving, prop-driven planes. Bordelon and his squadron mates transferred ashore to the USMC base on K-6 Airfield at Pyeongtaek (south of Seoul) and conducted daily night patrols.    After the Korean War, K-6 Airfield became Camp Humphreys. 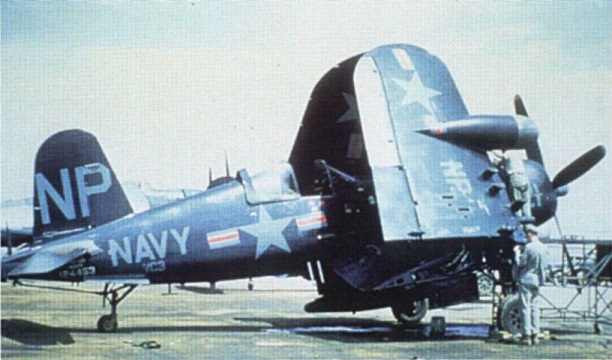 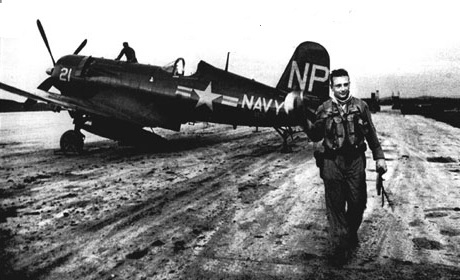 Note:
The following pictures of North Korean aircraft are not any of Bordelon’s aerial victories.    They are only included to illustrate the aircraft types he shot down or engaged.

29 June 1953:
Shortly before midnight, the radar operator at K-16 air base Pyongtaek picked up an intruder.    Bordelon was alerted and took off in his F4U-5N. The ground controller vectored him onto the intruder’s tail, which Bordelon identified as a Yakovlev Yak-18. The Yak-18 rear gunner fired first, but Bordelon opened fire with his 20mm cannons and blew the intruder out of the sky.    While he was reporting the kill,  ground control vectored him onto a second intruder in his area which was another Yak-18.   Again the rear gunner fired first, but to no avail, as Bordelon flamed that plane.    Bordelon watched it as it burn, broke up and fell to the ground.

The Yak-18 was a Russian two-seat trainer, powered by a 5-cylinder radial engine, capable of 140 knots top speed.   Flown by North Korean defectors, this Yak-18 landed in South Korea in 1955.

Not as antiquated as the earlier Po-2 bi-plane but still quite ‘stealthy’ in 1953. 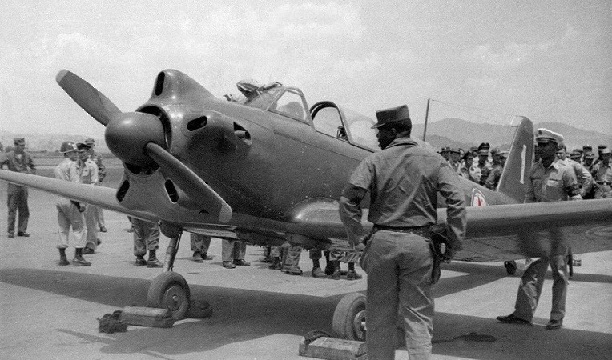 30 June 1953:
The next night, Bordolen was flying CAP (Combat Air Patrol) north of Inchon, when ground control vectored him onto some bogeys.    He came upon the bogeys and identified them as Lavochin La-11 fighters.    The La-11s were flying in a loose trail formation as he pulled in behind the rear plane.   He was cleared to fire, and fired two short bursts at his prey.    The La-11 began to burn, and dove straight towards the ground.    The leading La-11 started to follow his burning wingman down, but Bordolen closed to point-blank range and immediately fired on it.    The La-11 tried to evade by turning left, then right, and started to climb as Bordolen gave him another burst.    The La-11 exploded in flames and fell apart.    Bordolen followed the burning mass down to about 500 feet and watched as it crash nearby the first La-11.

Bordolen received the nickname of “Lucky Pierre” for some of his daring aerial stunts.   One evening he was closing on two Tupolev Tu-2 bombers, but his cannons did not fire due to a malfunction.    Rather than breaking contact, Bordelon decided to play “chicken” with the bombers.   With his Corsair on full throttle, he advanced ahead of the bombers about two miles.   He then reversed his course heading directly towards the two bombers, lowered his landing gear and flipped on his landing lights. At the last second, the bomber pilots panicked, with one diving straight down and the other pulling straight up.    Bordolen had successfully disrupted their bombing run over Inchon.

Playing “chicken” with Tu-2s was not that risky since the bomber did not have any forward firing guns.

16 July 1953:
Bordelon went up to intercept another bogey and ground control vectored him onto the target.    After several minutes, he picked up the intruder on his radar and he identified it as a lone La-11.    As soon as he was about to fire, the La-11 began violent evasive maneuvers.    Bordelon stayed on its tail while flying through AA ground fire and got into firing range.    He fired a long burst from his cannons and the La-11 exploded which the flash temporarily blinded him.    Bordelon immediately switched on his autopilot and his plane leveled out allowing him to regained he vision.

The news of Bordelon’s fifth kill and becoming an ace was forgotten as ten days later on 27 July 1953 the armistice was signed at Panmunjom and the fighting in Korea had ended.    Bordolen was awarded the Navy Cross for his service in Korea and among his many assignments after Korea he participated in the recovery of the Apollo astronauts.    He was in the US Navy for 27 years and retired in 1969.

Unfortunately, F4U-5N Corsair “Annie Mo” did not survive the war intact.    About a week after his fifth kill, the Corsair was wrecked in an accident while being flown by an US Air Force Reserve pilot whose name is unknown.   All usable parts were removed from “Annie Mo” and the stripped air frame ended up in the scrap yard on the base. 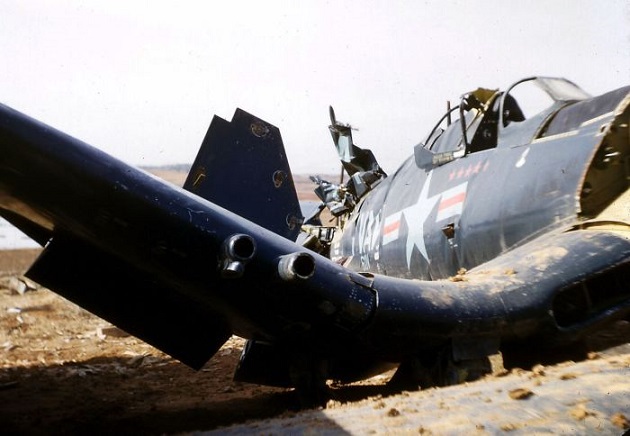 2 thoughts on “Korean War US Navy only Ace”